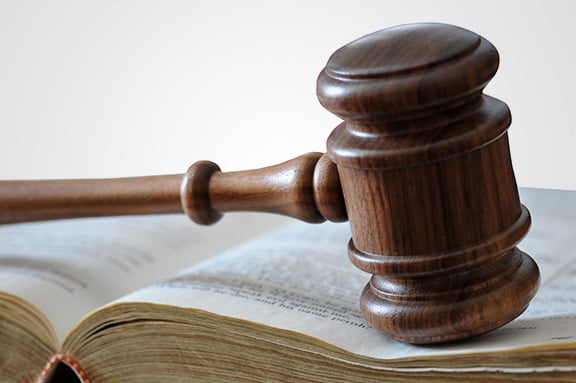 An analysis of In re Estate of Arnold Rexroad Sr.

Can a workers’ compensation carrier’s misconduct result in a forfeiture of their right to recovery under Section 5(b) of the Illinois Workers’ Compensation Act? The appellate court overruled the circuit court and decided that the facts in this case did not justify forfeiture of the 5(b) lien, however, it has happened in other states.

Mr. Rexroad died as a result of injuries he sustained while working for Hetzels Overland Transport, Inc. Hetzels was in the self-insured pool association known as MTRMA, for work related injuries occurring in Illinois.
Mr. Rexroad’s widow was receiving death benefits pursuant to the Illinois Workers’ Compensation Act, and a third-party action was filed. Part of the pool of available funds from the personal injury portion of the claim had been disbursed early on as one carrier surrendered their policy limits. Out of the $100,000 policy, the estate’s attorney received $25,000 and costs of $12,053.61, and MTRMA received $62,946.39 for their lien, 75 percent of which at that time was valued at $72,695.73. There was an agreed order for this division of funds that was entered on March 10, 2016 and at this point the parties were proceeding amicably.

As the litigation proceeded, there was a breakdown in the cooperation between the parties, and 6 months later the estate filed a motion to adjudicate the workers’ compensation lien. The final settlement was $1.38 million. The estate claimed that the workers’ compensation carrier was not entitled to any additional money pursuant to 5(b) of the Act due to what they classified as “wrongdoing” on the part of MTRMA. The circuit court agreed with the estate, and they struck the employers 5(b) lien in its entirety. The list of misdeeds claimed by the estate included: ex-parte communications with the widow, underpayment of weekly death benefits, failure to preserve the truck and assist the estate in determining whether the hazard lights had an electrical problem that prevented them from working correctly, insisting on a distribution from the first settlement to pay towards its lien, refusing to allow employees to speak to the estate about the condition of the truck prior to the accident, etc. The respondent countered that not only were they entitled to their 5(b) lien, they were also entitled to reduce future death benefits by 75 percent to provide for their future credit.

Section 5(b) provides that an employer has a lien for workers’ compensation payments paid to an injured employee who recovers from a third-party tortfeasor as follows:

Out of any reimbursement received by the employer pursuant to this Section the employer shall pay his pro rata share of all costs and reasonably necessary expenses in connection with such third-party claim, action or suit and where the services of an attorney at law of the employee or dependents have resulted in or substantially contributed to the procurement by suit, settlement or otherwise of the proceeds out of which the employer is reimbursed, then, in the absence of other agreement, the employer shall pay such attorney 25 [percent] of the gross amount of such reimbursement. 820 ILCS 305/5(b)

The appellate court held that according to the “plain language of section 5(b), and employer’s right to reimbursement of the full amount of benefits paid or to be paid to the injured or deceased worker is absolute.” They reasoned that the employer’s obligation to compensate employees for on the job injuries, even if the employer was not negligent, was predicated upon the assumption that there is no other remedy available to the injured worker. Where there is another remedy available to compensate the injured worker for the injury, “fairness and justice require that the employer be reimbursed for the workers’ compensation benefits he has paid or will pay.”1

The appellate court acknowledged that other states have held that the conduct of the respondent prevented the respondent from recovering their 5(b) lien. They noted, however, that the conduct of the respondent in the case at bar was distinguishable, and also the language of the statue in the states where the respondents were held to have forfeited their 5(b) liens was significantly different from the plain language of the statue in Illinois. In the Delaware case of Baio v. Commercial Union Insurance Co., the insurer initially joined the injured worker as a plaintiff in the litigation, but later “switched sides” defending its insured against the third-party claim.2 The Delaware court determined that this action caused the carrier to forfeit its claim for reimbursement for amounts paid in the underlying workers’ compensation claim. The appellate court in the case at bar found that the respondents’ conduct was sufficiently factually distinguishable from Baio, and the respondents’ conduct in the case at bar fell short of the conflict of interest in Baio. They also relied upon the significant difference in the plain language of the statue in Delaware compared to the statue in Illinois. Unlike Delaware, the Illinois statute gives employers the right to join in the third-party action and requires the employer and the injured party to sign off on a settlement or award unless the employer has been fully indemnified or protected by court order.

The appellate court remanded the matter to the circuit court for briefs and a new hearing to address the proper calculation of the lien at the time of the new hearing, and how to handle any credit or lien for ongoing weekly payments.

This article was originally published in the Illinois State Bar Association Newsletter September 2018, vol. 56, no. 2