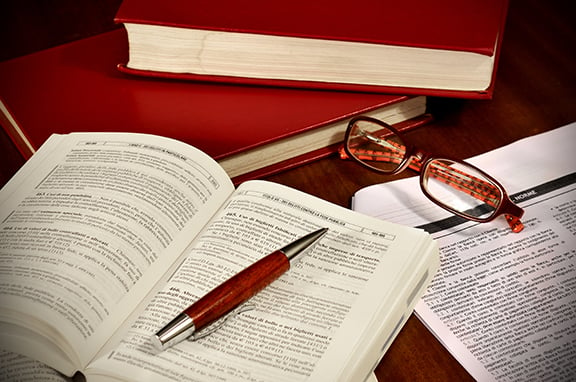 The appellate court reviewed the essential factors for determining whether an individual is an employee versus an independent contractor in Agnes Skzubel v. IWCC, 01-09-0442WC. The initial question presented was whether Four M, which is in the business of distributing newspapers to stores and vendors for the Sun-Times, was an employer of Agnes Skzubel. The court answered in the affirmative.

The contract between the Sun-Times and Four M requires Four M to deliver newspapers which are dry, readable, and complete to customers by 6:30 a.m. Four M also provided the billing and collection service for the Sun-Times.

Four M hired Mrs. Skzubel after she interviewed with Vito Orve. Mrs. Skzubel could not legally work in the U.S. at the time that she was hired due to her immigration status. She was provided with the job requirements, but she was not asked to sign a contract. Four M, instead, had her husband sign a contract and made all checks payable to Mr. Skzubel for the work performed by Mrs. Skzubel. The contract provided that Four M could amend the contract at any time without notice, but the driver had to provide 7 days notice prior to canceling the agreement. The president of Four M, David Mazza, testified that he prepared written “suggested routes” and handed them out to the drivers, but claimed he did that in case he had to “cover” the route if a driver was sick or had car problems.

The appellate court cited Ware v. Industrial Commission as the seminal case on the issue of employer/employee relationship, and quoted from it at length as follows:

The appellate court determined that the IWCC’s factual determination that Mrs. Skzubel was an independent contractor was contrary to the manifest weight of the evidence. The appellate court found the following facts evidence that Four M exerted sufficient control over Mrs. Skzubel to legally qualify as her employer. The court relied upon the fact that Four M was aware that it was Mrs. Skzubel rather than her husband who was actually showing up and delivering the papers, and the owner acknowledged that he knew that Mrs. Skzubel was “driving her route.” Four M dictated the work days and hours; where papers were delivered; packing instructions; and occasionally specific delivery instructions. The work performed by Mrs. Skzubel is necessary to the operations of the newspaper distributor business; Four M could terminate without notice; and no special skills were required to complete the work. These factors were held sufficient evidence of control to constitute an employer/employee relationship despite what the court considered the minor facts that Mrs. Skzubel drove her own car to make the deliveries, there was a contract signed by Mr. Skzubel and Four M indicating the independent contractor arrangement, she could make her own route, and no taxes were withheld.

The appellate court determined that she qualified as an employee despite the fact that she could not legally be hired at the time she began her employment, and that the checks were written to Mr. Skzubel for the work Mrs. Skzubel performed. This raises collateral issues of exactly what penalties the employer may face for that fraudulent, and intentional illegal behavior.

The appellate court also vacated the portion of the Commission decision regarding whether Mrs. Skzubel had sustained an accident, and remanded it to the Commission for appropriate findings on the issue. The issue was not addressed by the arbitrator, and no factual basis had been given for the Commissions summary statement that “In addition to the Arbitrator’s findings, the Commission finds [claimant] fails[sic] to prove accident.” The court went on to state that the Commission needs to provide factual findings or reasoning to guide the review process pursuant to it’s role as the “ultimate decision maker in workers’ compensation cases.”

Finally, Respondent raised an interesting collateral issue: whether the Petitioner had waived the issue of accident by failing to argue the issue in her opening brief before the circuit court. The appellate court noted that the rules of waiver are a prerogative of the court and are not jurisdictional citing Village of South Elgin v. Waste Management of Illinois, Inc. Id., 348 Ill.App.3d 929, 934 (2004) they declined to apply the waiver rule, and allowed the IWCC “to conduct whatever proceedings it determines are necessary to properly resolve this case.” It will be interesting to see how these issues are dealt with on remand.

This article was originally published in the Illinois State Bar Association Newsletter September 2010, vol. 48, no. 1